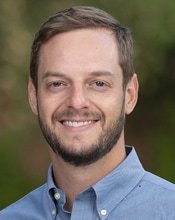 Assaf Urban is a first generation American-Israeli and a second generation real estate agent. Growing up in Silicon Valley, Assaf is knowledgeable on the local market and economy.

Since joining The Urban Group in 2016, Assaf has been working side by side with Avi Urban, absorbing his wisdom and expertise, as well as his ethical and fiduciary qualities required to become a successful real estate professional. With over 40 completed transactions as a licensee, Assaf has been able to learn and gain years of experience quickly.

Before working with the Urban Group, Assaf lived in China for four years, working for multinational companies such as Cushman & Wakefield and SF Express.

Assaf graduated from the University of California, Santa Barbara with a degree in Business Economics and Chinese. While at UCSB, Assaf was awarded a scholarship from the Taiwanese education bureau to study in Taiwan.

Outside of real estate, Assaf’s other passions include sports, BBQs, and cryptocurrencies.

Get it sent directly to your inbox and stay informed

More filtered reviews at the bottom of Yelp Testimonial page